Guys are far from all the same, but there are several common reasons why they act as if nothing happened after fighting. Read on below and discover the truth behind this icy behavior!

Why Do Guys Act Like Nothing Happened After a Fight?

1. He Doesn’t Know How to Apologize or Accept an Apology 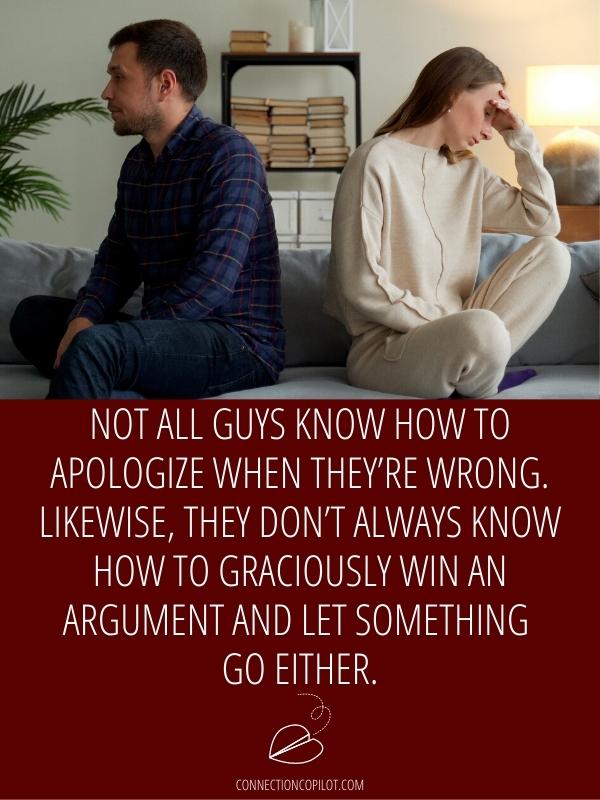 Not all guys know how to apologize when they’re wrong. Likewise, they don’t always know how to graciously win an argument and let something go either. That means there’s a good chance no matter how the fight goes he’s going to carry on as if nothing happened either way.

When a guy is still processing the dialogue/context of a recent fight, trying to piece together the full gravity of the situation, there’s a good chance he may act like nothing happened until he’s furthered thought things out in his head. Once he knows how he feels about it, however, he may either let it go or strap his gloves back on and ring the bell for round two.

3. He’s Busy With Other Stuff 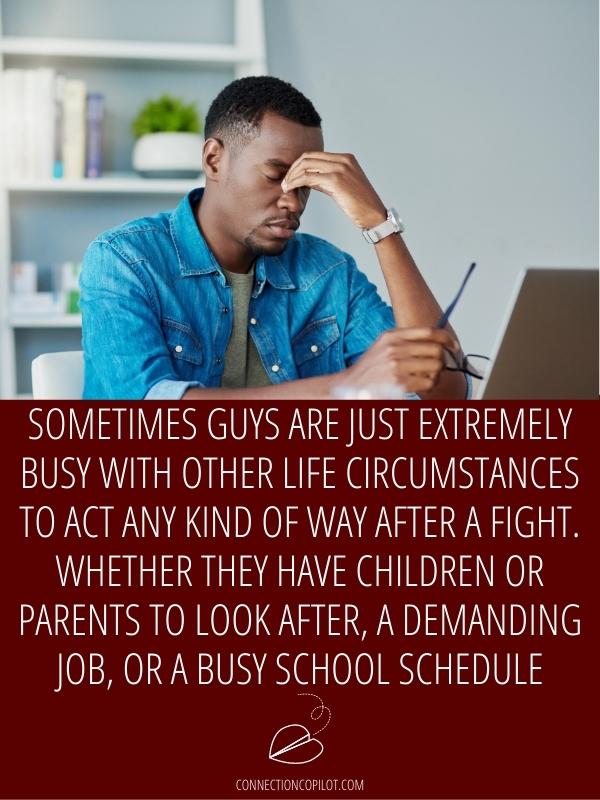 Sometimes guys are just extremely busy with other life circumstances to act any kind of way after a fight. Whether they have children or parents to look after, a demanding job, or a busy school schedule, it could be all their capable of simply getting through the day. That doesn’t mean when things slow down for them and they have more time that they won’t re-approach the subject.

4. He Isn’t Over Being Upset Yet

If he isn’t over being upset about the fight, some guys simply act like nothing ever happened at all. Sometimes they even take it to the point of giving you the silent treatment or playing hot and cold with you for days or weeks. Once he’s calmed down about the situation, don’t be surprised to hear from him again, as if there was never a fight.

5. He’s Clueless That There’s a Situation Going on

As the old saying goes, “ignorance is bliss”. Some guys, usually the ones with really big egos, or extremely busy schedules(to be fair), don’t even realize there was a “fight”. So, when they appear to be acting as if nothing happened after a fight… they aren’t actually pretending, rather they don’t understand the depth of the disagreement. 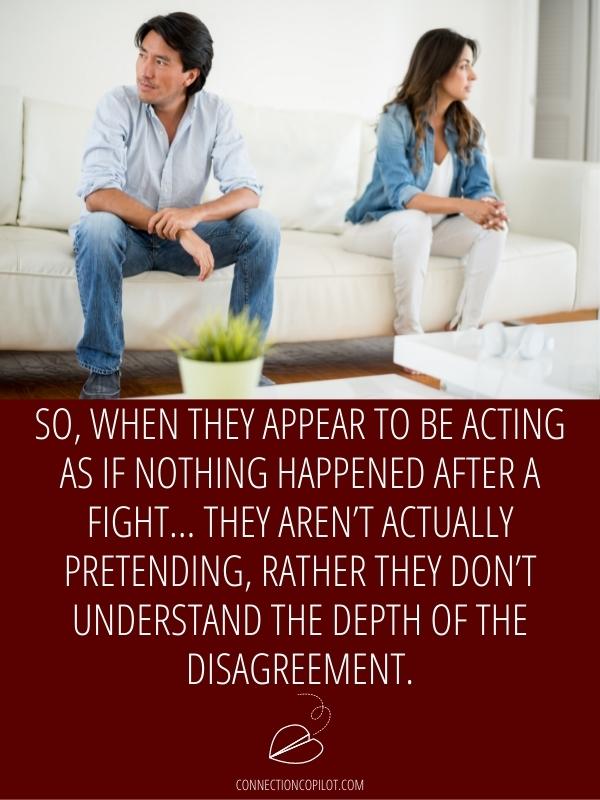 6. He Got Over Whatever the Issue Was

When a fight happens over something that isn’t really a big deal, or the guy just knows that he was wrong in the first place, it’s not uncommon for them to get over whatever the supposed problem was. Most times, the minute they’re over it, they’ll go right back to normal and act like nothing ever even happened.

7. He Likes You More Than He Wants to be Right

One reason guys said they act like nothing happened after a fight that surprised us is that they just like you more than they like to be/want to be right. So, whether you’re fighting over something serious, or over what to watch next on Net Flix, if he’s into you more than he’s into winning, he will more than likely let you have your way and pretend there was never a disagreement, to begin with. 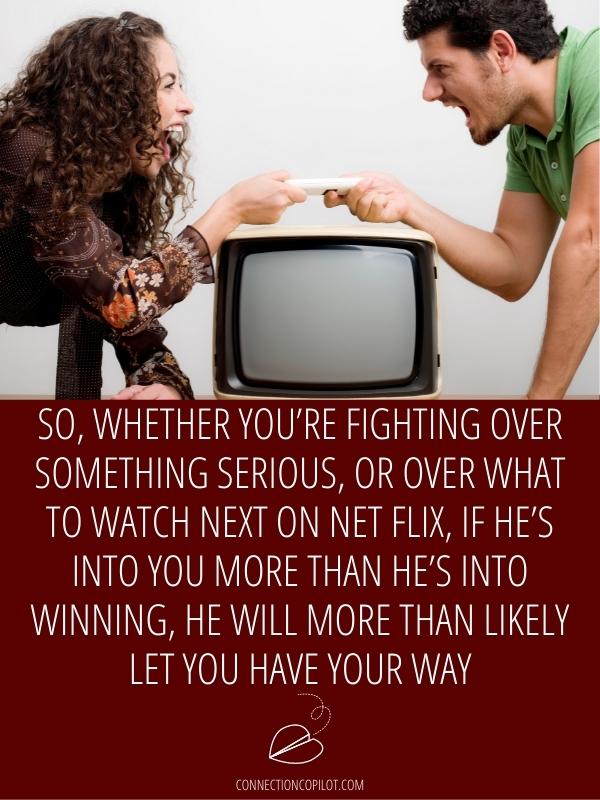 8. He’s Looking for Ammunition to Continue the Fight

Another altogether too common reason for guys acting like nothing is wrong after a fight, regardless of how serious the subject is, is simply that they’re regrouping and searching for ammunition. During this time, while they’re looking for ways to win the fight, they may pretend everything is just A-OK between the two of you. That said, the minute they find the bombs they’re looking for, they’ll start dropping them on your head.

9. He’s Trying to Mess With Your Head 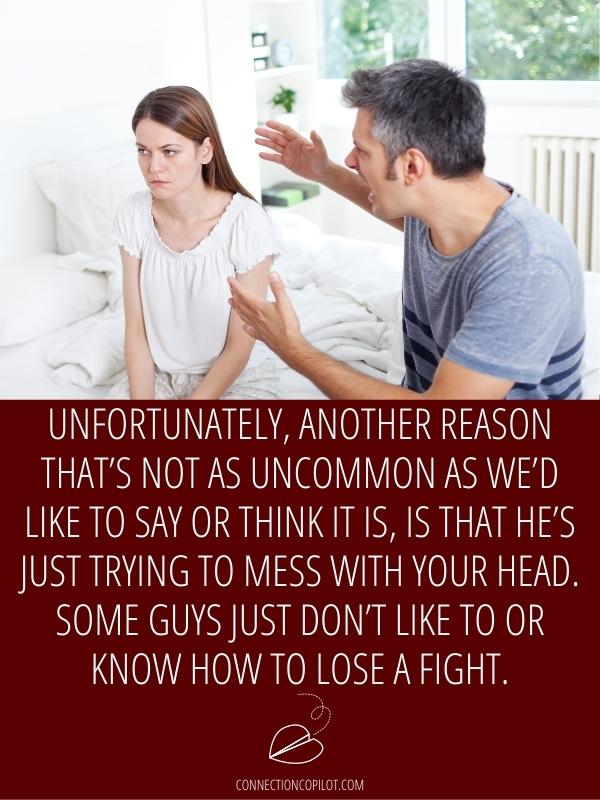 Unfortunately, another reason that’s not as uncommon as we’d like to say or think it is, is that he’s just trying to mess with your head. Some guys just don’t like to or know how to lose a fight. If the fight is over, and they feel you won, they may pretend like everything is fine and even apologize. But, they’ll also do everything in their power to play with your head as a means of making themselves feel better about it.

Some guys act as if nothing happened after a fight purely because they don’t want to make things worse. Maybe they feel bad about what transpired and are simply ready to put it behind them and move on, or they are scared about what else may happen if the fighting continues. Whatever it is, they want things to return to normal as quickly as possible and therefore will pretend like nothing ever happened.

11. He Just Doesn’t Really Care About it 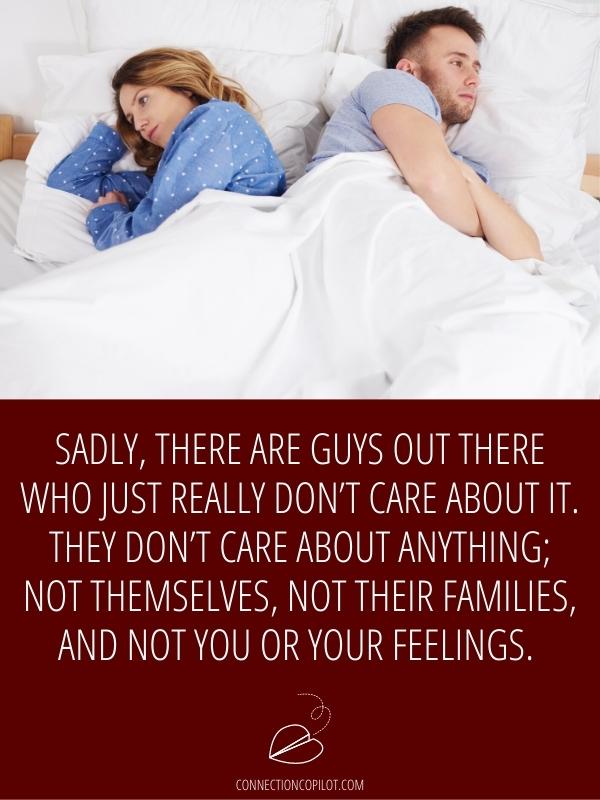 Sadly, there are guys out there who just really don’t care about it. They don’t care about anything; not themselves, not their families, and not you or your feelings. When you fight with a guy like this, he’ll go on like it never occurred simply because he doesn’t care. Keep in mind that goes for whether he wins or loses the fight.

Is it normal to act like nothing happened after a fight?

How do I know if a guy likes me after a fight?

Every guy is different and has various ways to show you how they feel about you. The same goes for after a fight. Some guys try to push you away, but don’t really mean it, with comments like “leave me alone” or calling you “annoying” or “silly”. Others show their feelings in much more direct ways, like straight-up telling you about it even though they are still mad.

What to do when guys ignore you after a fight?

After a fight, it’s always important to reach out and let the other party know how you really feel. In the heat of the moment people say all sorts of things; things they mean, things they sort of mean and things they really don’t mean at all. That’s why once the dust settles it’s best to let him know what’s really on your mind rather than leaving him to stew with the last angry words spoken between the two of you.