There is no one type that all guys like, despite what you may have heard. But, what about tall girls? Read on below and explore 11 reasons why guys like tall girls!

According to recent polling around the interwebs, the average height range of women that guys prefer is between 5-feet 5-inches and 6-feet. For girls, anything over 5-feet 4-inches is considered average to tall. So, yes, guys do apparently dig tall girls!

From wanting a partner closer to their own height to finding long legs in stockings jutting out from under a short skirt the sexiest thing on the planet, there’s a bundle of reasons guys like tall girls: 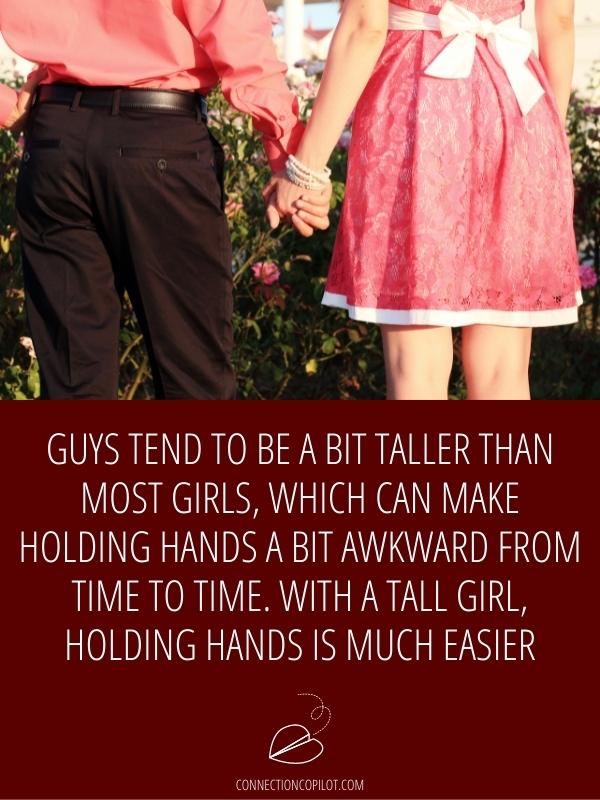 2. They Can Keep Pace With Him

Another aspect that guys enjoy about tall girls is that they can physically keep pace with them. Whether it’s jogging, running, or simply taking a walk, tall girls have longer legs and are able to keep up with most men without breaking a sweat.

3. They Are More Noticeable in a Crowd 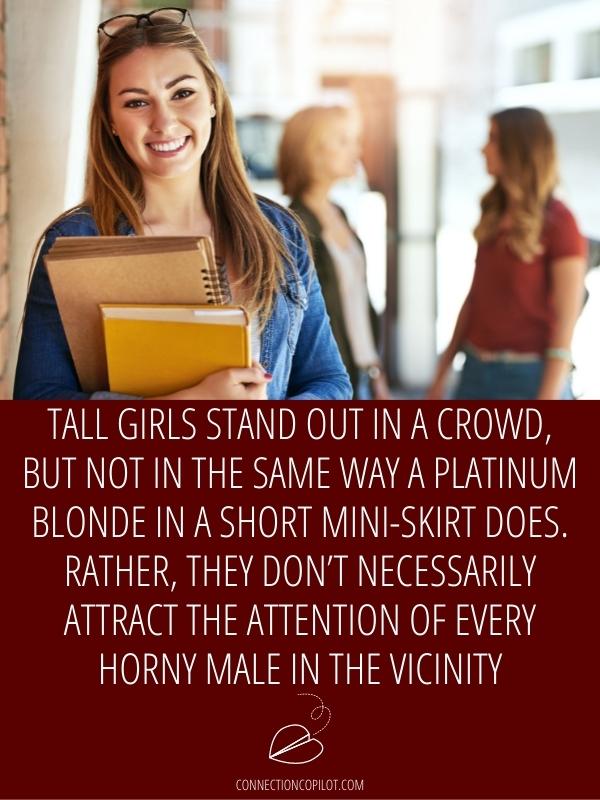 4. They Are Elegant Without Trying

Many guys find tall girls graceful and elegant, and seemingly so without any extra effort on their part. For guys, there is very little in the world sexier than a girl that’s elegant without even trying. When she does try? She’s likely to get whatever it is that she’s after, whether it’s a just good time or a long-term relationship. 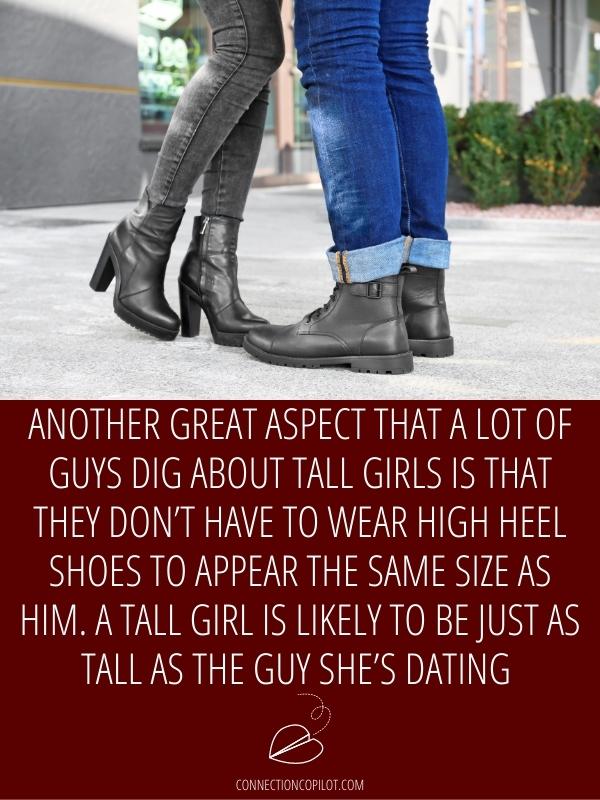 Another great aspect that a lot of guys dig about tall girls is that they don’t have to wear high heel shoes to appear the same size as him. A tall girl is likely to be just as tall as the guy she’s dating, so there’s no need for pumps, platforms, or heels to boost her height when they go out on dates. That said, in the bedroom, tall girls are even more likely to be asked to wear heels than short girls (it’s a visual thing!).

This reason that guys like tall girls ties back directly to the fact that so many tall girls look extremely elegant without even trying. So, when they walk, their gait is natural and alluring. Tall girls walking is absolutely appealing to onlooking guys, especially if they are in shorts, tight pants, or a skirt.

You clicked through to this article for the truth about why guys like tall girls, and we’re delivering it, unfiltered: guys like tall girls because they have long sexy legs (that spread wider in bed). Throw a pair of high heels on a tall girl, and a pair of stockings on her long slender legs, and there is practically nothing in the world most guys would rather look at (and play with).

8. They Can Where His Clothes

Some tall girls are close enough to the same size as their male partners that they can actually wear the same clothes as him. For the girl, it’s convenient and comforting, and for the guy, it’s a pretty big turn-on to see her glowing from sex lying around in his shirt, shorts, or sweat pants. It’s also cute when she wears his T-shirts out in public.

9. Photos Are Easier to Pose For 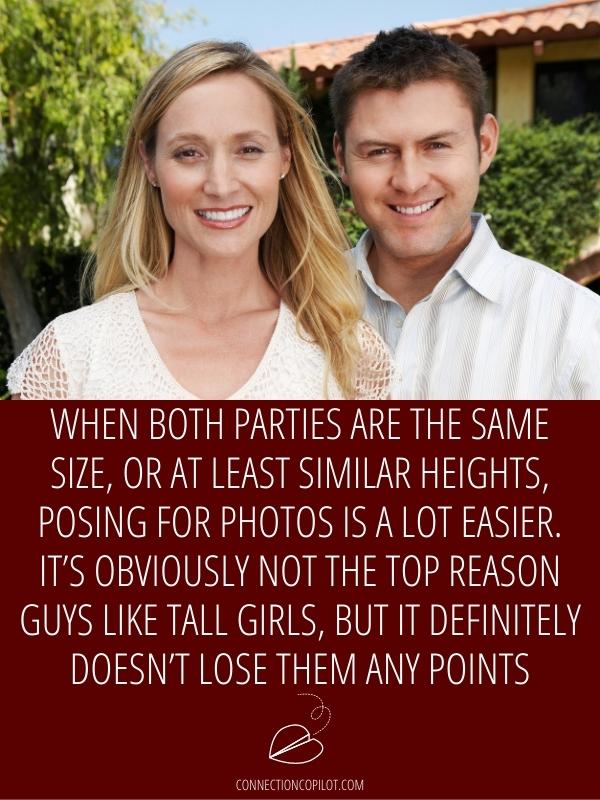 When both parties are the same size, or at least similar heights, posing for photos is a lot easier. It’s obviously not the top reason guys like tall girls, but it definitely doesn’t lose them any points with the guys either. When on vacation, or just stopping to capture the moment, there’s no positioning or repositioning to think about when you’re with a taller girl, you can just snap the photo!

10. They Are Physically Stronger

Many guys are into tall girls because they see them as more physically capable. It’s not always the case, but a lot of the time, tall girls are stronger than their shorter female counterparts. This is simply due to physics: tall girls have longer skeletons and are able to develop stronger muscles. Again, this is by no means always the case.

11. The Sex is Amazingly Fun

Probably the biggest reason guys get excited about dating tall girls is that they know the sex is going to be amazingly fun. Tall girls are elegant, they’re strong, and they have lovely legs that look downright gorgeous in heels and fishnet or stockings. Spreading those long legs open is the number one thing on a lot of guys’ minds when they date tall girls.

Plenty of guys find tall girls more attractive than average girls or shorter girls. But, that’s not to say that all guys do. As with anything in life, it is to each their own. Many men prefer shorter girls, or girls their own height.

Guys like girls that are slightly shorter than themselves. That said, the average guy is pretty tall compared to girls. That’s why girls with heights between 5-feet 5-inches and 6-feet (or just under) are preferred or shorter or even taller ones.