Guys don’t always appreciate the names we choose for them, like “Cute”, “Sugar”, or “Sexy”. But, what about Handsome? Read on below and discover the answer to whether or not guys actually like being called handsome or not!

Guys genuinely love being called handsome, for the most part (there are exceptions to every rule). Being called handsome by their partner, or even just in general (from a friend or co-worker that’s female) lifts guys’ spirits, boosts their confidence, and gives them high levels of motivation.

The reasons guys like being called handsome are endless, because, well, “to each his own,” and all that jazz.

That said, there are a handful of extremely common reasons guys like being called handsome that you should know about:

1. It Boosts Their Mood 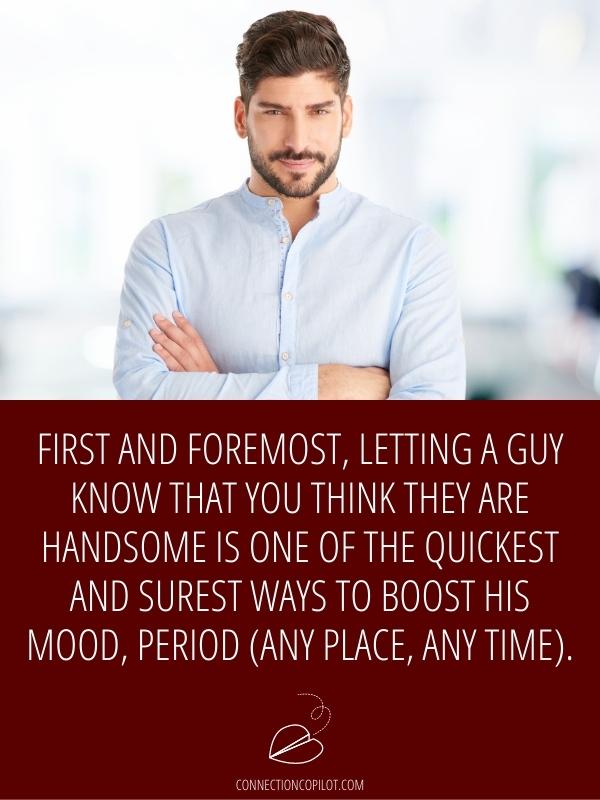 First and foremost, letting a guy know that you think they are handsome is one of the quickest and surest ways to boost his mood, period (any place, any time). It’s no different than when men tell women they think they’re good-looking. When someone compliments our physical appearance, it affects us in many ways, the first and most powerful being an immediate change in our mood. No guy ever lost his temper or turned sour because a girl called him handsome.

2. It Gives Them Confidence

Calling a guy handsome quickest boosts his mood and gives him confidence. Regardless of whether the guy is humble, or already has an ego bigger than his cranium, granting him a higher level of confidence is just one of the primary benefits of calling your guy handsome. Imagine how much nicer a date may go, or how much steamier the bedroom play may be, all because of one simple little compliment.

3. It Gets Them Motivated 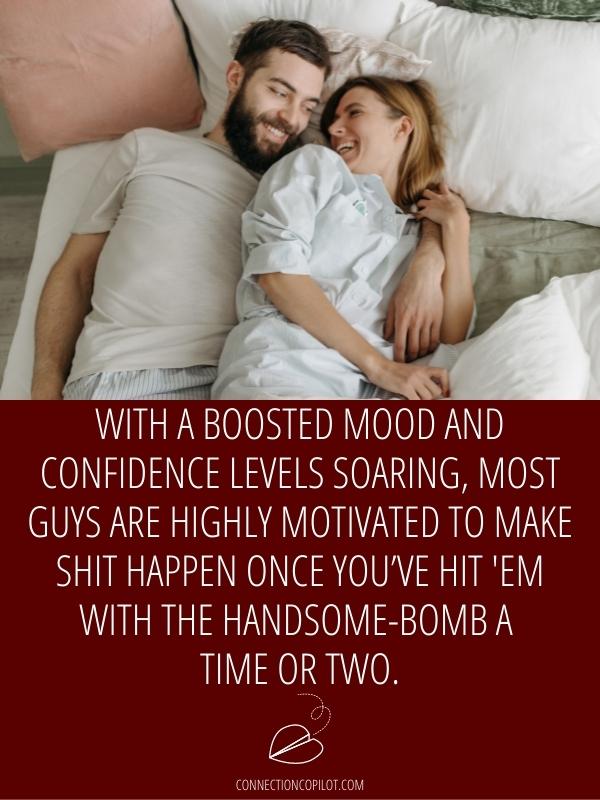 With a boosted mood and confidence levels soaring, most guys are highly motivated to make shit happen once you’ve hit ’em with the Handsome-bomb a time or two. Ready for something new in the bedroom? Or perhaps you’d like to try a new venue for date night? Let a few H-bombs fly and see how quickly Daddy falls in line, stars in his eyes ready to do whatever Mommy commands.

4. It Makes Them Feel Sexy

Guys tend to interpret “handsome” as “sexy” and “good-looking”, so make no mistake, when you call them handsome they think you are hitting on them or at least being a tad bit flirty. If you’re dealing with a guy who has high self-confidence, he’ll more than likely take you calling him handsome as a cry for attention and/or sign of wanting to get with him. Don’t be surprised when he calls or texts you shortly after, talking all sorts of brave. 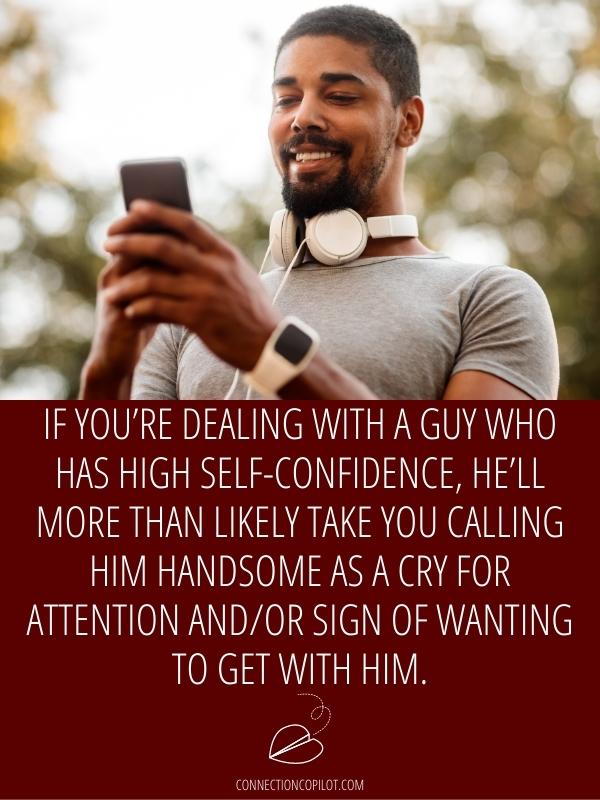 How Do You Tell a Guy That He’s Handsome?

The best way to tell a guy that he’s handsome is to look him in the eye and just say the words. Texting also works! Besides simply spilling the beans, and telling him that you think he’s attractive, hot, or handsome, a few other words to use are good-looking, fine, and gorgeous.

What Are the Best Ways To Compliment a Guy?

The best way to compliment guys, in general, is to comment on his good looks, or on his wardrobe. Don’t be generic with your compliment either, explain what it is that makes him attractive (eyes, hair style, demeaner), or how you like the way his clothes look on him.