Many times, guys end up ghosting after hooking up with you simply because they are afraid of, or believe they lack the ability to, commit themselves to a real relationship with you.

But, that is not always the case… as these 7 reasons why guys ghost after a hookup clearly prove! Read on, and learn how to prevent it from happening to you.

Why Guys Ghost After a Hookup

The truth is that guys ghost women after sex for a bunch of different reasons, it’s far from always a simple fear of commitment.

Here are a few of the most common reasons guys ACTUALLY ghost after a hookup:

1. They Just Wanted to Hookup

If all they wanted was a hookup, to begin with, they’re more than like the type of personality that’s bound to ghost you at some point.

Otherwise, they would have been honest about only wanting a hookup and nothing more. 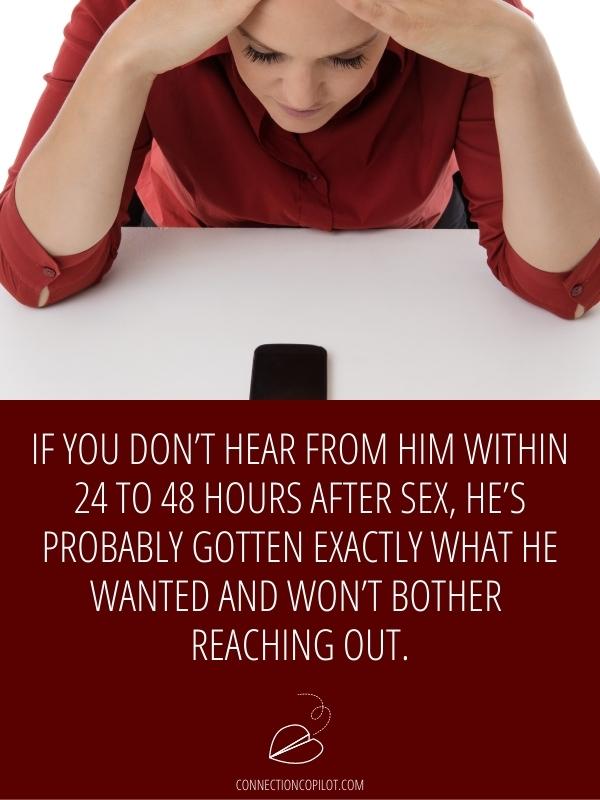 If you don’t hear from him within 24 to 48 hours after sex, he’s probably gotten exactly what he wanted and won’t bother reaching out.

2. They Have No Idea What They Want

On the flip side of guys who ghost because all they wanted was sex, some guys actually ghost you because they have no idea what they want.

Whether the hookup was good or not isn’t even a major factor in these scenarios.

This reason for ghosting truly fits the classic “it’s not you, it’s me” category to a “T”.

3. They Aren’t Ready for a Relationship 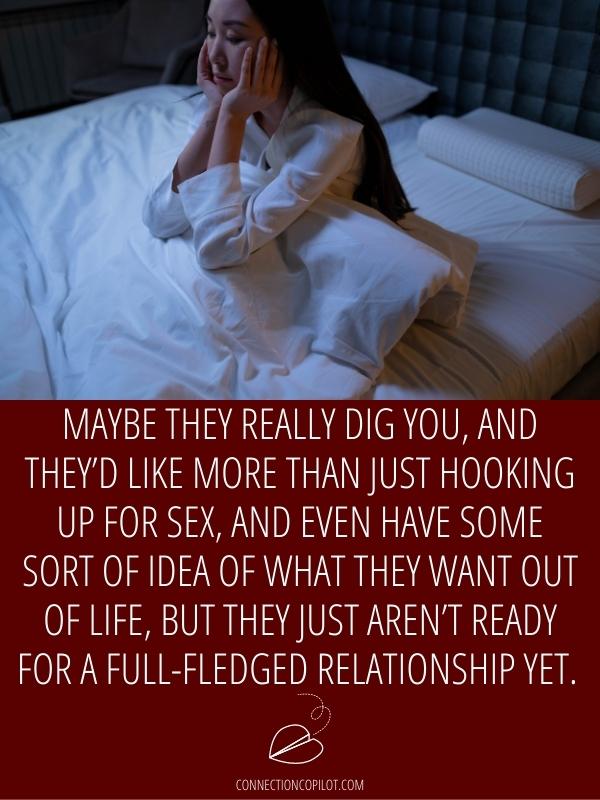 Maybe they really dig you, and they’d like more than just hooking up for sex, and even have some sort of idea of what they want out of life, but they just aren’t ready for a full-fledged relationship yet.

Again, this isn’t about you, it’s about them.

The good thing is, in this case, all you need to do is stick around and be there for him.

4. They Don’t Know How to Talk to You

One of the silliest reasons guys ghost, which happens quite often at that, is that they just don’t know how to talk to you.

Whether they a really into you, or just want to remain friends, they might end up ghosting you simply because it’s easier than constantly struggling to find the right words.

There’s not much for you to do in this case other than listen to them, and make them feel like you understand them from what little they do manage to say.

5. The Hookup Wasn’t How They Imagined 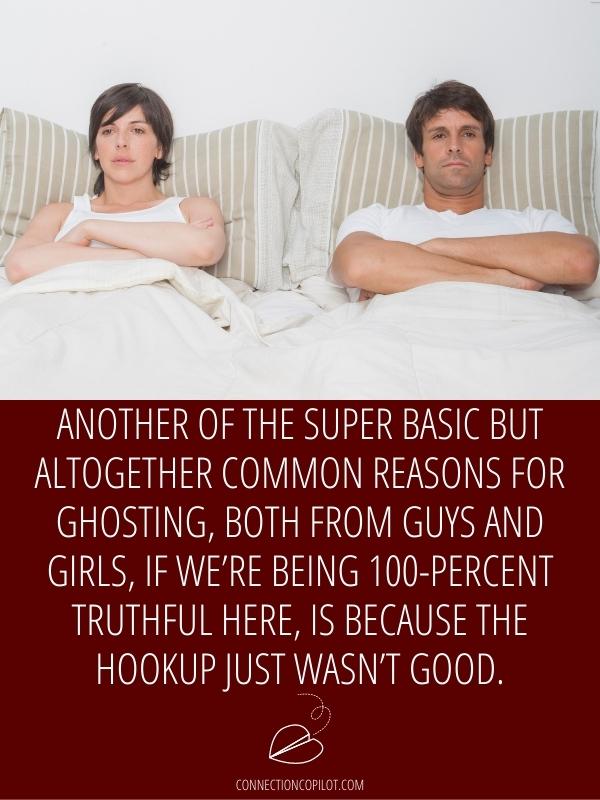 Another of the super basic but altogether common reasons for ghosting, both from guys and girls, if we’re being 100-percent truthful here, is because the hookup just wasn’t good.

When hooking up isn’t even remotely close to how good you’d imagined it would be, disappointment sets in.

The next thing you know? Poof! He’s a ghost. Aaaand, you’ll not likely hear from him, ever again.

6. They Have A Partner/Spouse

Unfortunately, perhaps no truer words have ever been uttered than “all’s fair in love and war”.

Sometimes, when a guy that otherwise seems like Mr. Perfect suddenly ghosts you, especially immediately after hooking up… it may be because he actually has a partner or spouse.

Sorry, gals! It’s low, down, dirty, and wrong. But, it happens every day.

7. They Have Personal Issues to Deal With

Guys are humans, just like the rest of us humans. That means sometimes they’re going to have personal issues to deal with. 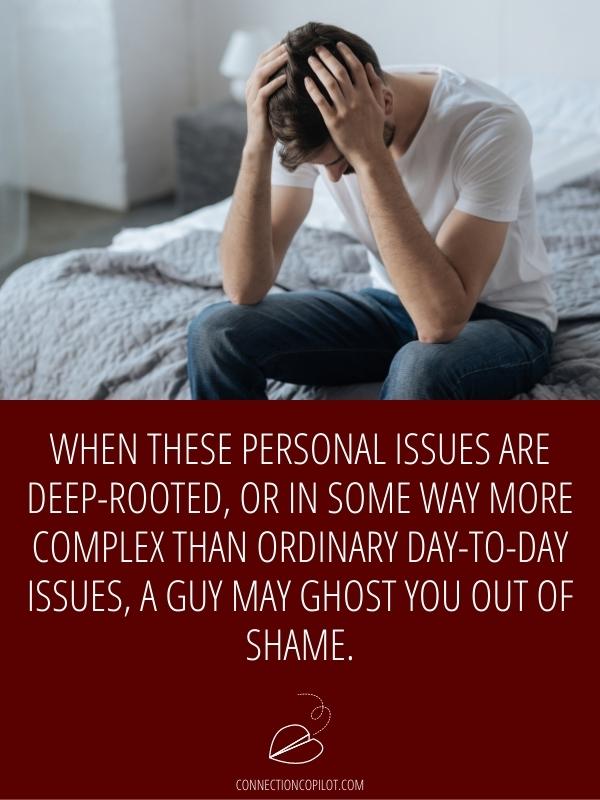 When these personal issues are deep-rooted, or in some way more complex than ordinary day-to-day issues, a guy may ghost you out of shame.

Some guys are even prone to blowing little issues into giant ones, in their heads, just to rationalize ghosting women they’re actually becoming attached to.

How to Stop a Guy from Ghosting After a Hookup

Now that you know why guys tend to ghost after hookups or sex, here’s what you can do to stop it from happening to you:

Why Would a Guy Ghost Me Suddenly?

Either he is a player, or he’s a closet-sensitive type that thinks you’re too good for him. These probably come from low self-esteem and a lack of confidence in himself, especially if he doesn’t have life goals and you do.

What Exactly Does Ghosting Mean, Sexually?

The term ghosting, when referred to sexually, simply means that one party has disappeared, vanished into thin air; like a ghost. There are countless reasons that people ghost each other after sex including not being ready for commitment, not liking the other person as much as they thought, not enjoying the sex, and much more.

Do Guys That Ghost Girls Come Back?

Yes, no, and maybe so. If a guy ghosts a girl, a lot of the time it boils down to something to do with his ego or headspace. Once his ego is in check, he may be back. But, if he doesn’t have deep feelings or at least a bit of intrigue towards her, he’ll probably stay ghost.