Believe it or not, it’s not at all that uncommon for guys to not want to take pictures or be in pictures, alone or with others (including their partners).

Read on below and explore the top 10 reasons why guys don’t like taking pictures!

From the age-old fear of having your soul captured by the camera, to simply thinking they look stupid, there’s a bushel of reasons why guys are known for not liking to take pictures.

Here are 10 of the most common reasons:

1. They Would Rather Look At You 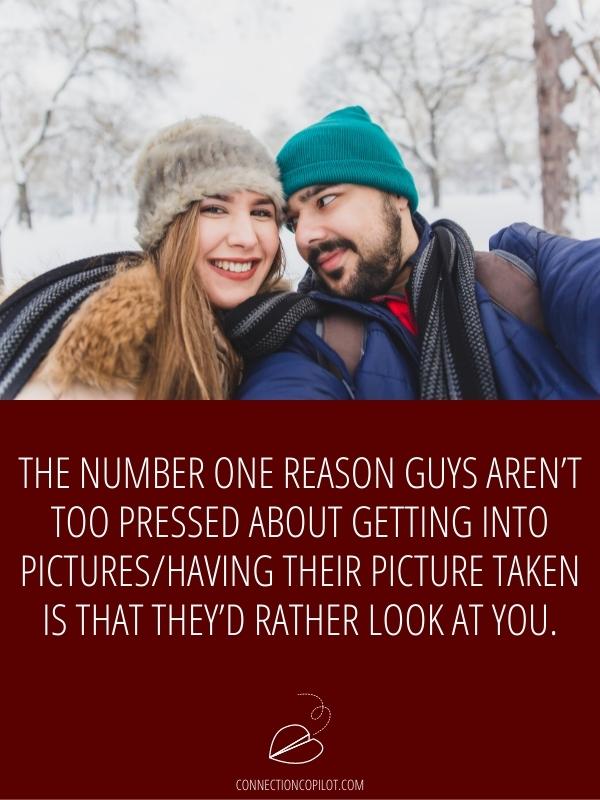 The number one reason guys aren’t too pressed about getting into pictures/having their picture taken is that they’d rather look at you. When presented with the choice of you looking at them through a camera lens (practically with a microscope), or them looking at you, they’ll choose the latter every time.

2. They Think They Look Stupid

The next biggest reason, and arguably the most common, is that simply think they look stupid. It doesn’t matter who they’re with, what they’re doing, or how they actually look: in their minds, they think they look stupid no matter what and that’s all there is to it! Don’t waste your breath trying to reason with them; there is no changing their minds.

Some guys don’t like taking pictures because they feel like it may possibly expose their facade. For example, if he’s a tough guy around his friends, he’s not likely going to appreciate you taking pictures of him with a box full of kittens on his lap. Likewise, if he is supposed to be Mr. Cool around town, he’s not going to like pictures that prove he’s as goofy as anyone else. 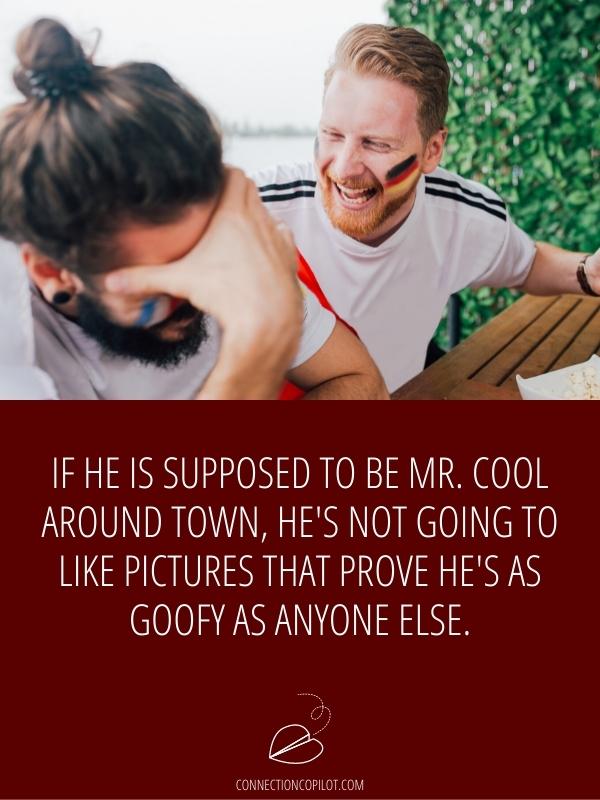 4. Men Are Too Macho For Pictures

The fourth reason on our list is related to number three, yet distinctly different. Guys who are too macho for pictures won’t let you take their picture no matter what (with one exception: they’ll let you photograph them doing extremely manly stuff like working on a tractor or dead-lifting 400lb weights). Those who are afraid of their facade being exposed will let you (but only how and when they decide).

5. They Hate Their Hair 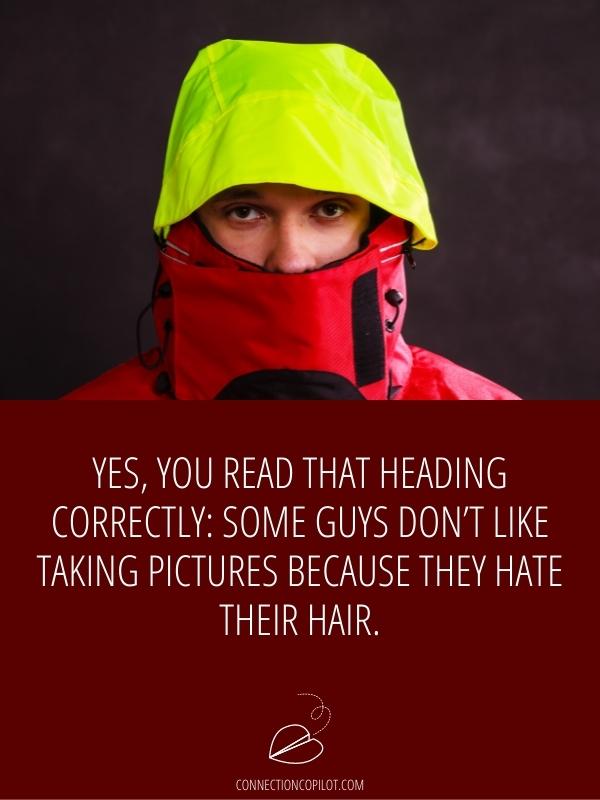 Yes, you read that heading correctly: some guys don’t like taking pictures because they hate their hair. Maybe it’s a phase, maybe it’s genetic (me and my dad both have the same problem). Whatever the case, don’t expect to catch a picture of him unless he has his swimming cap or cowboy hat on (and even then the chances are slim).

6. They Hate Their Smile

Some guys hate their own smiles, and therefore severely dislike taking pictures of themselves smiling. Either they think it makes them look goofy, or stupid, or they think it makes them less macho to have a look of joy on their face. The good thing is, these guys may soften up and allow you to take their picture eventually… but, they’ll be tight-lipped when it does go down!

7. They Are Afraid of Their Soul Being “Captured”

There are some cases of guys that actually believe their very souls are at risk of being captured when their picture is taken. These guys are hardly ever found in any decent pictures (except the ones you sneak when their back is turned, which just aren’t the same!).

8. They Are A Vampire

Some guys, who are secretly vampires, strongly dislike taking pictures. The primary reason for this is obvious if you know anything about vampires: they don’t show up in pictures. A second reason is that the flash of the camera might cause them skin irritations. 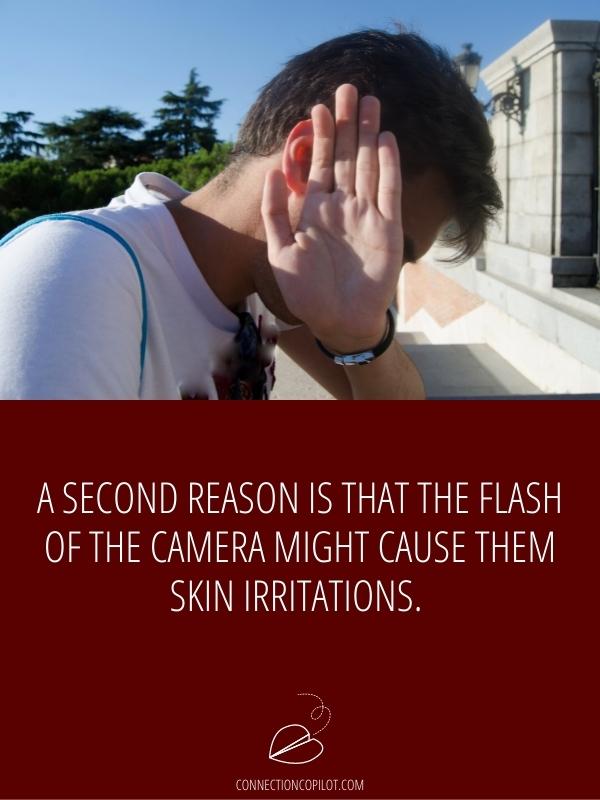 9. They Are A Billionaire in Hiding

Bruce Wayne (while training to become batman) types don’t like their pictures taken either. One, they need to keep a very low profile. Two, they are adept at avoiding photos that could come back to haunt them or turn into blackmail situations.

10. They Are a Ghost, Mobster, or Secret Service 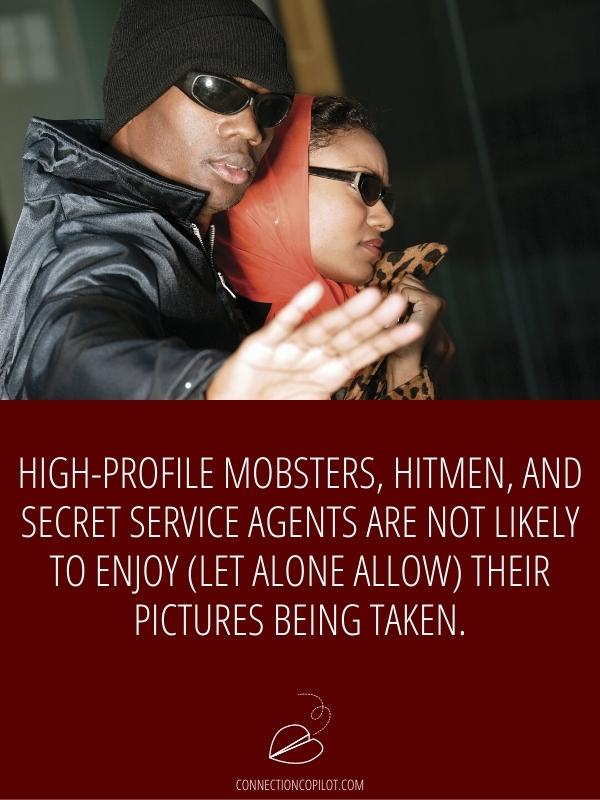 Guys who are field agents for the CIA, retired military specialists who no longer “exist” on paper, high-profile mobsters, hitmen, and secret service agents are not likely to enjoy (let alone allow) their pictures being taken. If your camera disappears (or at least the SD card does) after you’ve taken his picture… now you know why.

How to get a guy to take pictures of you?

Why do guys want a picture?

Is it weird to have pictures of your crush?

It is strange to have pictures of your crush if they don’t know, didn’t give you the pictures, or don’t even know your first name. It’s also strange if they are on all your device’s wallpapers. Having the pictures physically printed out and tapped up in your work/school locker, on your bedroom walls, and ceiling is also strange.