Amongst guys, the term “bro” is thrown around like a football on NFL Sunday. But, what about when you call him bro?

Read on below and discover the top 5 reasons why guys don’t like being called bro!

Most guys don’t really mind the phrase “bro”… what many of them mind is when you (a female) call them bro. 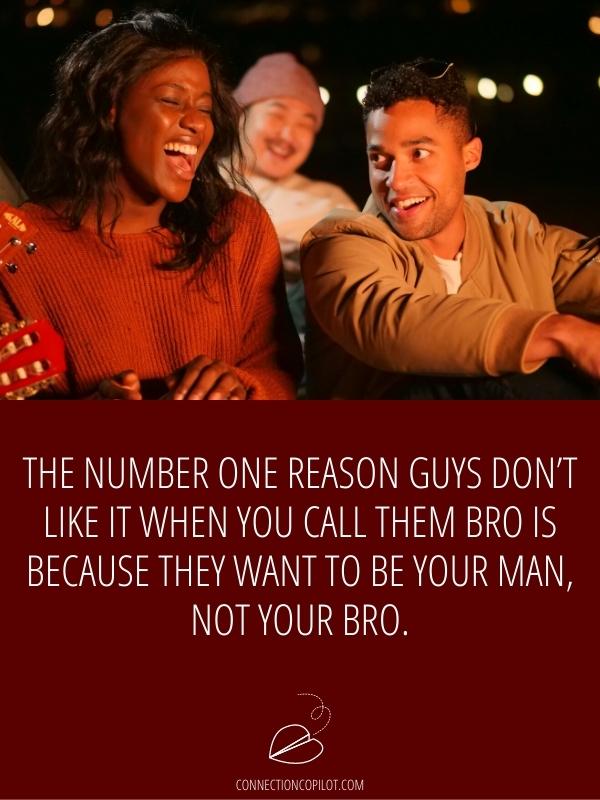 That means their hopes of a romantic relationship with you go right out the window… and their big mushy man-hearts are dashed to pieces.

2. They Feel Disrespected by the Term 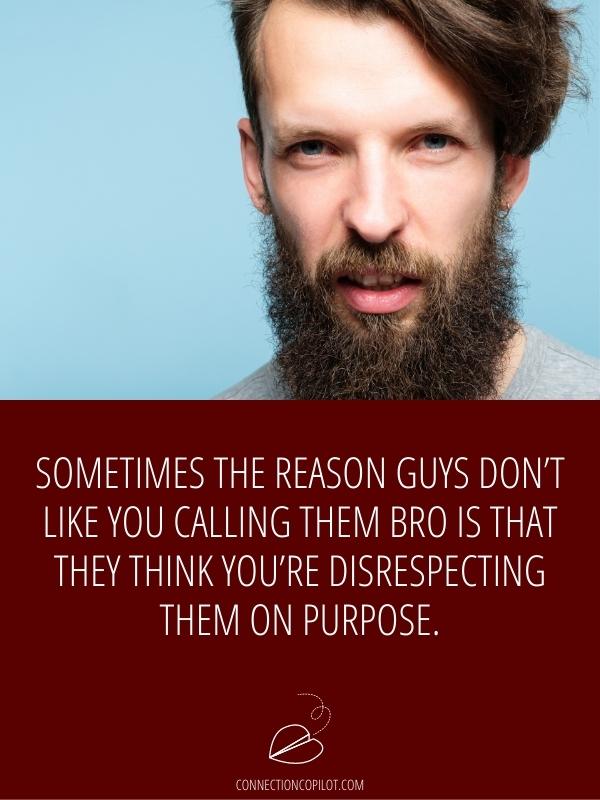 Sometimes the reason guys don’t like you calling them bro is that they think you’re disrespecting them on purpose. By calling a man, bro, in his mind, you could actually mean a plethora of things… none of which are flattering in his eyes.

If he goes stiff as a board and his face as red as the reddest pepper in ol’ peter the pepper-pickers patch, chances are he’s offended by you calling him bro.

3. They Think You’re Telling Them to Stay in Their Lane

Let’s face it, ladies, a lot of guys simply don’t like anyone telling them what to do, or who they are for that matter.

Whether it’s what direction the toilet paper roll should roll out (up or down), which side of the fridge mayo should be stored, or how often their toenails should be clipped, they don’t like it when you make decisions for them.

Calling them bro, in their mind, may be seen as you telling them to stay in their lane (which is a no-no).

4. “Bro” is a Term That’s Reserved for Their Guy Friends

The phrase bro is often reserved as a term of endearment between male friends. However, lately, pop culture has every Tom, Dick, Harry, Sally, Samantha, and Sabrina calling each other bro. There’s a strong possibility that if he doesn’t like it when you call him bro, it’s because you just aren’t one of “the guys”. In this case, it’s nothing personal, it’s just a guy thing.

Guys with shaky egos may have a tendency to hear “boy” when you say “bro”. 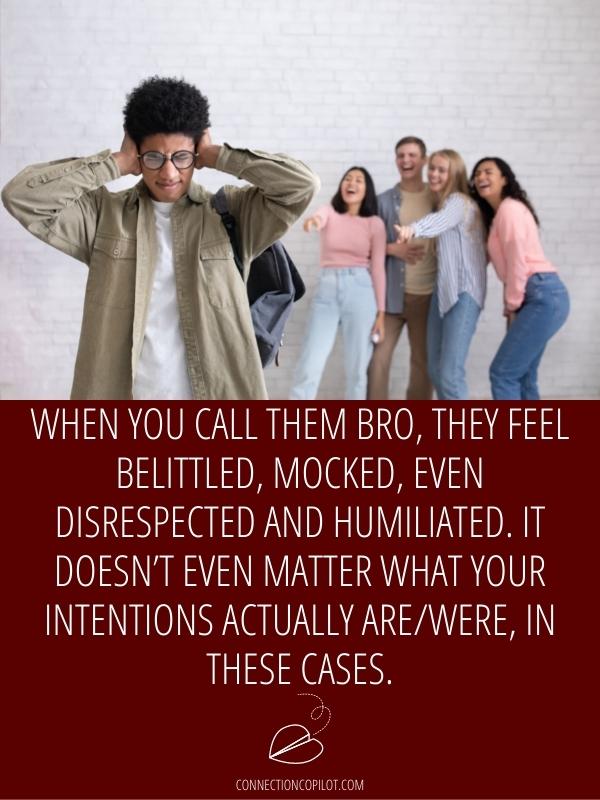 When you call them bro, they feel belittled, mocked, even disrespected and humiliated. It doesn’t even matter what your intentions actually are/were, in these cases.

Can you call your boyfriend bro?

Calling your boyfriend “bro” on the regular isn’t the smoothest move. That’s because most guys reserve this term for their best male friends. That said, it’s ok to tease him from time to time by calling him bro (followed with a kiss to make sure he doesn’t get too mad!).

Why do guys call each other bro?

Bro is a term that’s been around for over half a century, it started as a simpler way to refer to a friend you felt like a brother. Today, the word has morphed into a newer definition that represents young “bro” who enjoys hanging out with other dudes and partying.

What if a girl calls you bro?

If a girl calls you bro, there is a good chance she’s teasing you. If not, maybe she sees you as a really good friend. It could also mean she has a big fat crush on you!