It happens to women every day, one minute everything seems A-ok, and the next, he’s giving her the silent treatment from hell.

The thing is, most of the time she may not even know WHY he’s cutting her off.

Read on below and discover 10 reasons that guys give the silent treatment, and how to fix it!

Why Do Guys Give the Silent Treatment

There’s an endless amount of reasons why guys give the silent treatment, below are 10 of the most common:

1. It’s the Manly Thing to Do (Rather Than Talk About His Emotions)

Believe it or not, we found that one of the most common reasons that guys give silent treatments is because they think it’s the manly thing to do. 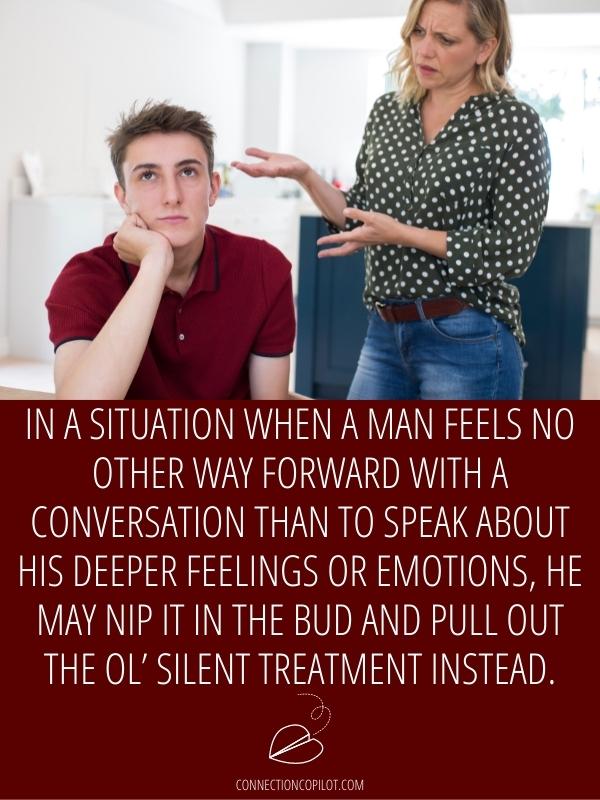 In a situation when a man feels no other way forward with a conversation than to speak about his deeper feelings or emotions, he may nip it in the bud and pull out the ol’ silent treatment instead.

2. As a Way of Prolonging Feelings of Defeat (When Not Winning an Argument)

Some men don’t mind talking about their emotions, and the previous reason will never be an issue for them, but what may be is the fear of losing an argument.

If your guy doesn’t like losing arguments, he may give you the silent treatment rather than finish the argument and accept defeat.

Juvenile? Yes, of course, it is! But, it is what it is, ladies. Some guys are REALLY terrible at losing.

3. It’s a Clever Way to Not Feel Disappointed (From Their Partner) 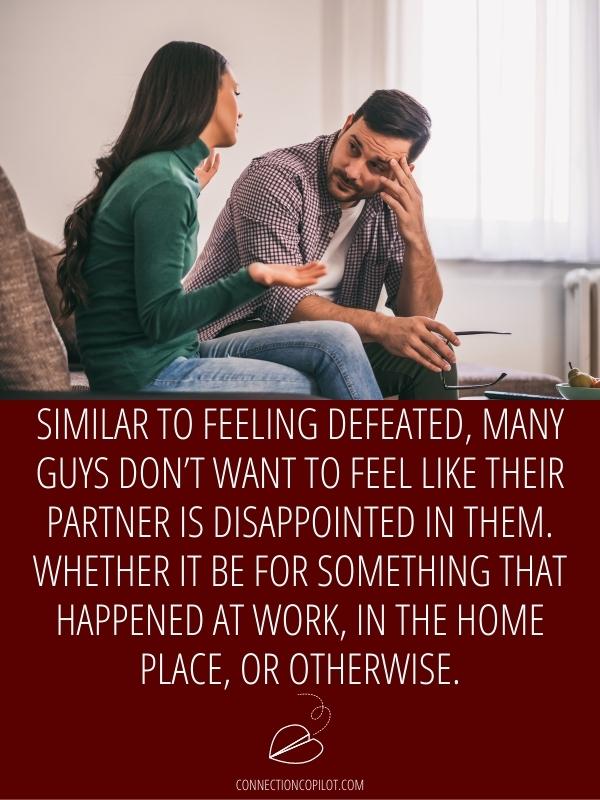 Similar to feeling defeated, many guys don’t want to feel like their partner is disappointed in them. Whether it be for something that happened at work, in the home place, or otherwise.

If your guy thinks that potential conversations around these topics may lead to experiencing those sort of emotions involved with knowing you’re not happy, particularly with him, don’t be surprised when he whips out the silent treatment.

4. As a Means of Control or Power (Over Their Partner)

There are also men who use the silent treatment and wield it like their personal weapon of war. These guys also really need to grow up, seek professional help, and get over themselves.

However, if you find yourself in the unfortunate position of dating or being married to one of these guys… beware.

They may give you the silent treatment as a means of punishment for everything from perceived wrong-doings and potential threats to simply using it as mental torture just because they can.

5. As a Nonphysical Attack (Mental Abuse)

Number 5 and number 4 on this list are interrelated but not exactly the same. Some guys use the silent treatment to gain and keep control/power of you, true. But, some guys simply do it to make you hurt.

This type of guy is liable to use the silent treatment as a form of nonphysical attack, possible on a daily or weekly basis. 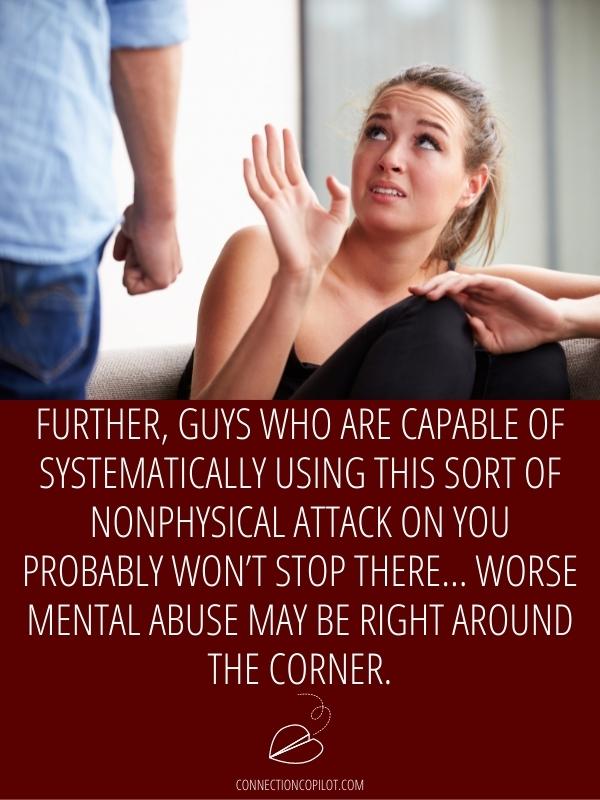 Further, guys who are capable of systematically using this sort of nonphysical attack on you probably won’t stop there… worse mental abuse may be right around the corner.

6. He Has No Idea How to Communicate (On Her Level)

If a guy has no frickin’ clue how to talk to a girl, whether just in general or about some particular topics, he may pop out the silent treatment automatically as a defense mechanism.

For example, if a guy really likes you, and you approach him, and put him on the spot with a question, he may opt to shut down and say nothing at all rather than say the “wrong thing” and look lame.

To avoid this, let guys initiate conversations. You can always steer it in the direction you want as it goes on. The point is to get them talking first and to help them feel comfortable communicating with you.

There are also guys who will give you the silent treatment as a form of reverse psychology.

When they are feeling unimportant, or inadequate in some way, they may stop talking to you, answering your questions, or engaging in conversation with you altogether. 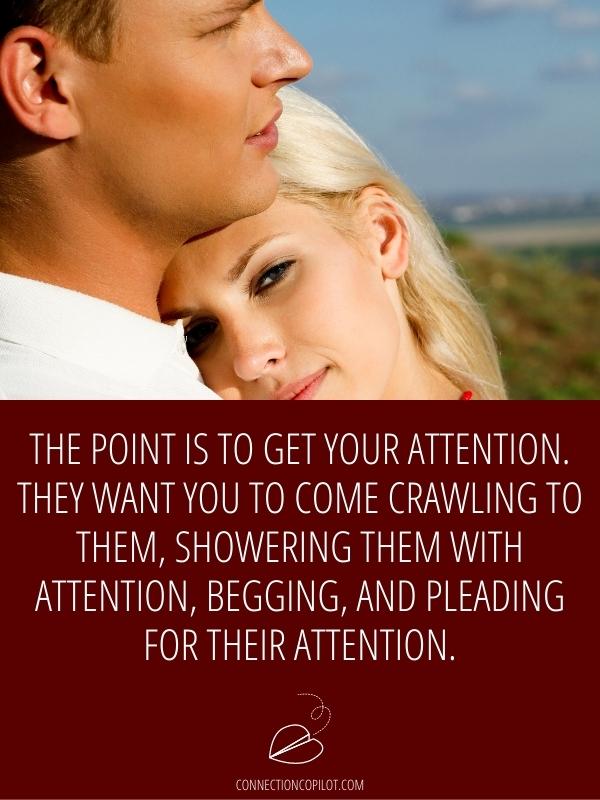 The point is to get your attention. They want you to come crawling to them, showering them with attention, begging, and pleading for their attention.

8. He is Afraid of His Own Temper (And Thinks He’s Protecting Her)

If you find yourself dating or married to a guy with a big temper with a little fuse, the silent treatment may be something he justifies to avoid “going off” on you.

In his mind, he may very well be protecting you from his own outbursts, whether violent or verbal.

The best thing for you to do in these scenarios, unfortunately, is to recognize what’s happening and give him time to cool down.

9. As an Attempt to Not Appear like the “Bad Buy” (In Front of Her and Others)

Similar to guys who have bad tempers, and know it, and try to “protect” their partners by giving them the silent treatment, some guys are attempting to protect themselves from looking like a “bad guy”. 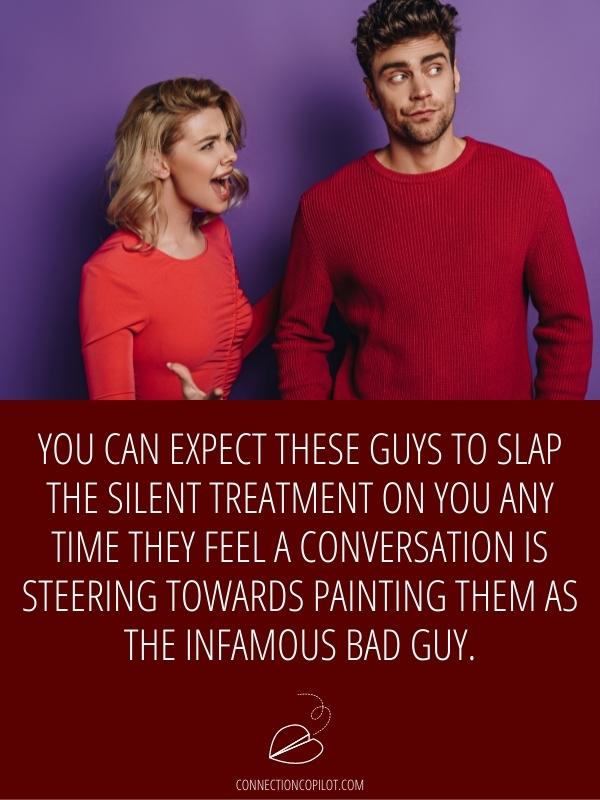 Whether alone, or in front of friends, co-workers, or family, you can expect these guys to slap the silent treatment on you any time they feel a conversation is steering towards painting them as the infamous bad guy.

10. He is In Shock or Confusion (He’s Processings/Internalizing Things)

From time to time, life throws a curveball at you, and sometimes when it’s guys receiving said curveball, their reaction to their own shock or confusion towards what’s happening is giving you the silent treatment.

The good thing is that once he’s had a bit of time to finally successfully process what he’s been internalizing, he’ll cut the treatment short.

In fact, unless he’s the strong silent type in general, once he’s done processing, he may be giving you the reverse silent treatment, aka “an earful”.

Tips to Open Him Up Again

There are several things you can do/steps you can take to get him to start talking, below are a few of the best tips to open him up:

What is the Silent Treatment, and Why Do Guys Give It?

The silent treatment is when someone stops talking to someone else abruptly and refuses to communicate on any level. Normally it happens suddenly but as the direct result of something that occurs between the two parties.

How Should I React to the Silent Treatment?

There are many factors to consider when reacting to the silent treatment: who is giving it to you, and why? Do you “deserve” it, or is this punishment unjust? Is the person giving it to you in a sound mind, or are they being cruel? The bottom line is to not take it personally if it isn’t personal.

How Does the Silent Treatment Affect People?

The silent treatment often makes people feel sad, emotional, unimportant, avoided, disliked, and far worse. In the case of chronic silent treatment, over the course of years, it may even cause individuals to feel as if they’ve become disconnected themselves.