One day you’re sexting with this guy you totally dig, and the next day you don’t hear from him… like, ever again.

Read on, discover five of the main reasons why guys ghost after sexting, and what to do about it!

Why Do Guys Ghost After Sexting

Every guy has his own reasons for the things he does, and ghosting after sexting is no exception.

1. He Was Only Teasing You, to Begin With 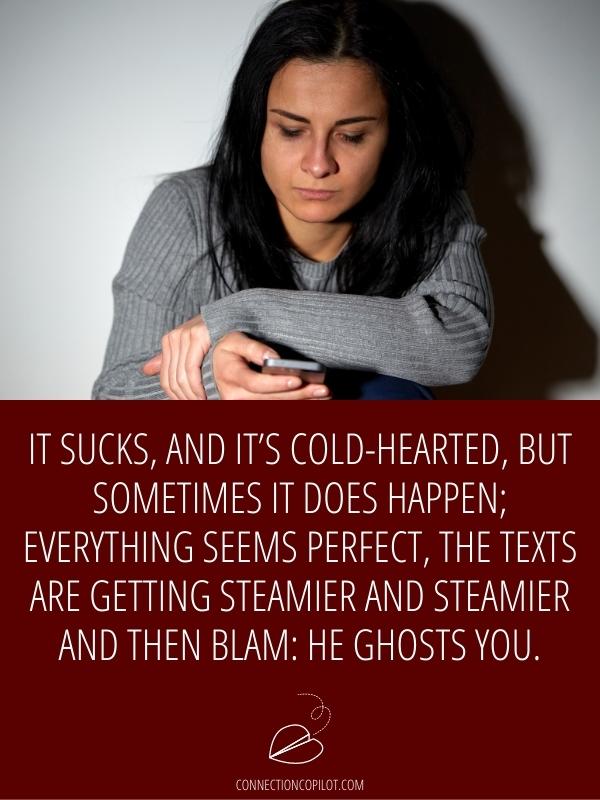 It sucks, and it’s cold-hearted, but sometimes it does happen; everything seems perfect, the texts are getting steamier and steamier and then BLAM: he ghosts you.

The worst part about the number one reason on our list is that he never intended to do anything but mess with your head. In this case, the sooner he ghosts you the better!

2. He Was Catfishing You From the Start

Similar to the first entry on our list, but not quite the same, if he ghosts you after sexting sessions, especially ones that involve multi-media exchanges, he may well have been catfishing you from the very start.

Think back to all your conversations before he ghosted you. Is there anything there that would explain otherwise? There’s no need to jump to conclusions, but at the same time, catfishing has never been more commonplace than it is now.

3. Your Sexuality Intimidated Him and He’s Overwhelmed

Sometimes a gal’s sexuality is just too much for a guy, regardless of the why (to each his own and all that jazz!). 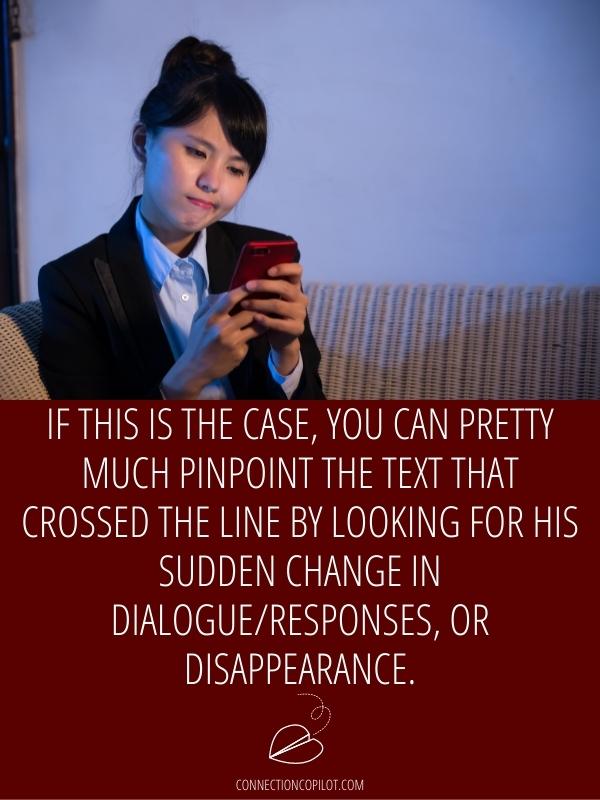 If this is the case, you can pretty much pinpoint the text that crossed the line by looking for his sudden change in dialogue/responses, or disappearance.

4. He Was Just Testing the Waters But Isn’t Ready

The fourth item on our list is another one that happens from time to time and is often mistaken for a lack of interest when it isn’t that at all.

A guy may be really into you and feeling a bit bolder than usual find himself in a sexting situation. Or, he may purposefully try sexting with you just to see if you’re interested or not.

At any rate, he could have just been testing the waters. So, don’t be surprised when he ghosts you directly afterward!

If you’ve been carrying on a relationship with a guy for a while, or simply sexting from time to time, and he suddenly vanishes, he could have ghosted you because he realized he just wasn’t into you “like that”. 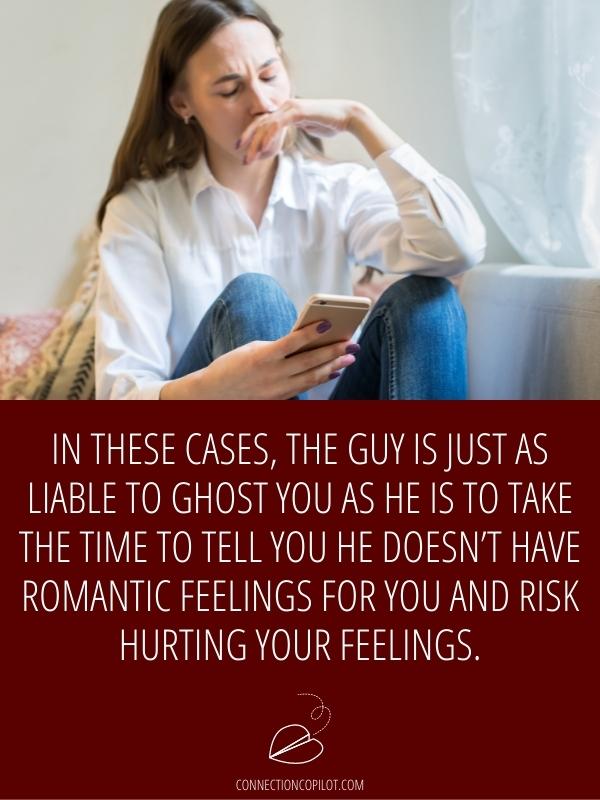 In these cases, the guy is just as liable to ghost you as he is to take the time to tell you he doesn’t have romantic feelings for you and risk hurting your feelings.

How to Stop a Guy from Ghosting After Sexting

If a guy is going to ghost, he’s probably going to do it no matter what you try. 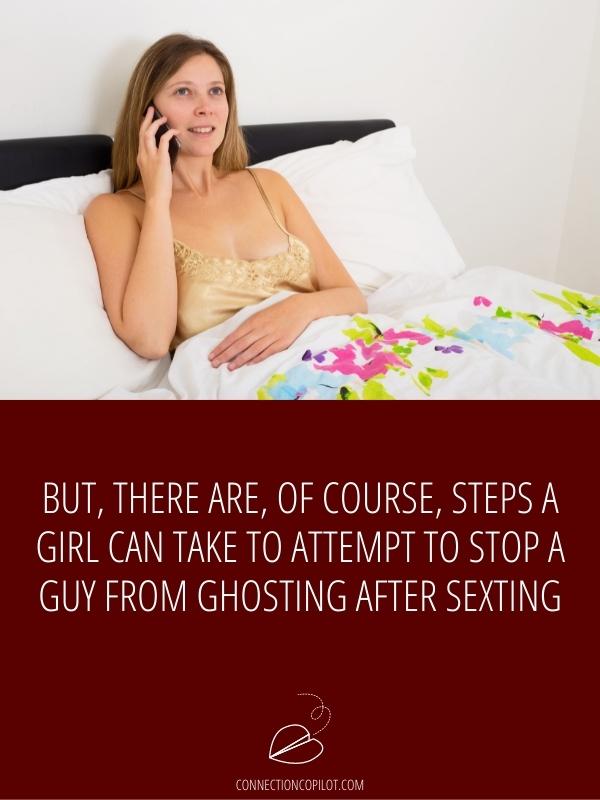 But, there are, of course, steps a girl can take to attempt to stop a guy from ghosting after sexting:

How do I get him to stop ghosting me?

Stand up for yourself and call him out on ghosting you. Unfortunately, in the end, all you can really do is be yourself. If that isn’t enough, he’s probably not the right guy for you anyway.

What to text a guy who ghosted you?

Depending on the guy, and how and why he ghosted you, there is no one size fits all text that will send him running back. However, a simple multi-media text along with a simple “I miss you” or “this reminds me of…” type message usually does the trick.

Why Would a Guy Suddenly Ghost You?

There are a plethora of reasons, or excuses, for guys ghosting. From such mundane reasons as basic insecurity and overthinking things to simply being a player and moving on to the next target, guys ghosting women suddenly isn’t at all uncommon.