Guys are fueled by masculinity, when they are rejected it is a direct blow to their strong male energy/ego.

And, how do guys normally act when they are rejected and their egos are wounded? Mean.

Read on below and discover 11 more reasons guys act mean after rejection and what to do about it!

Why Do Guys Act Mean After Rejection?

1. Their Masculinity Feels Stomped On 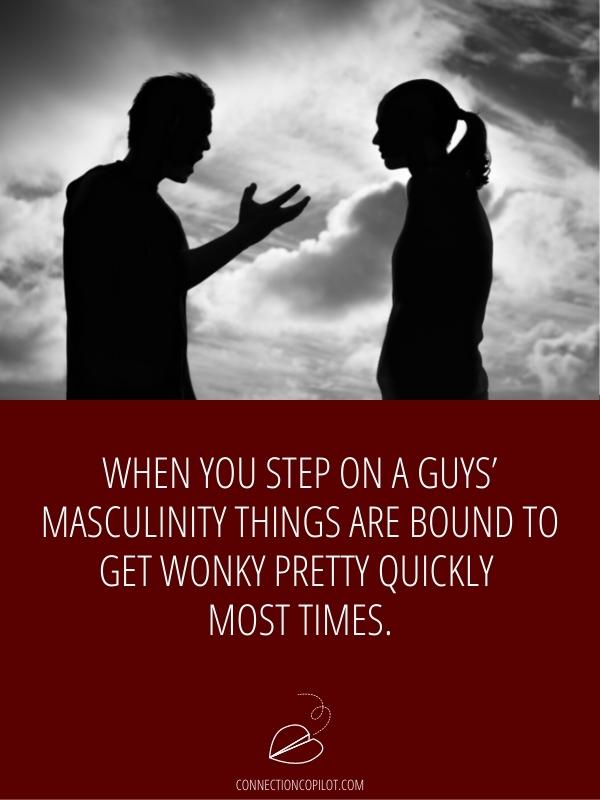 Many guys dwell on their masculinity daily and find it a place/thing of personal power. That means when you step on a guys’ masculinity things are bound to get wonky pretty quickly most times. When dealing with rejection, men feel their male energy is under direct fire from the enemy… which is obviously the opposite of what they were going for in the first place.

2. They Are in Disbelief

Men may simply be in disbelief when they are first rejected by someone they are/were interested in romantically/physically. In turn, they may act mean, in general, without even being aware of it. Their meanness tends to extend to everyone around them at the time as well(not just towards you). All you can really do for them, if you care, is continue to be there as a friend(if possible), and forgive them.

3. They Think You Are Rude 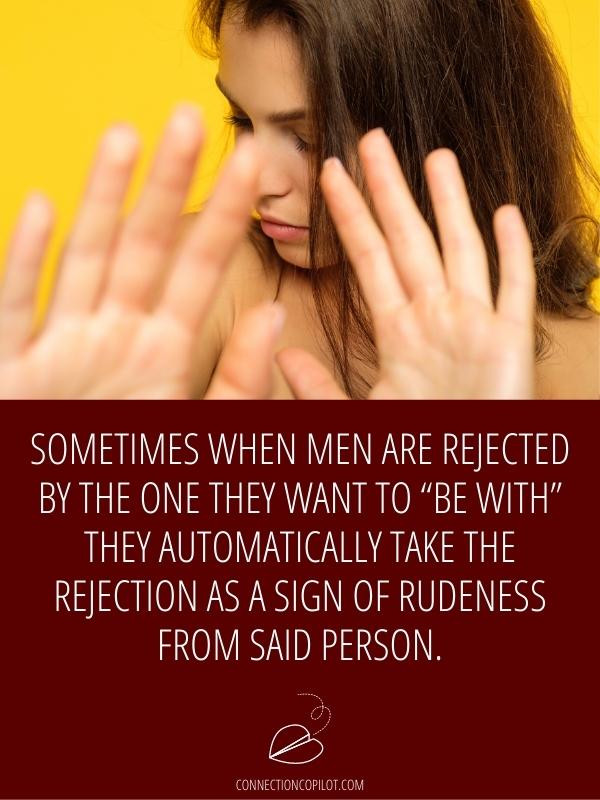 Sometimes when men are rejected by the one they want to “be with” they automatically take the rejection as a sign of rudeness from said person. In their mind, they’ve done all the right things, made all the right moves, and just can’t fathom how or why you’d reject them other than simple rudeness.

Guys are known to become depressed when things don’t go the way they planned with their partners/interests. Unfortunately, sometimes this mindset leads to them acting mean and lashing out at those around them. The worse part about it is, that there’s nothing you can really do about it. Anything you say to them may be taken in the worst possible light until they are feeling better. 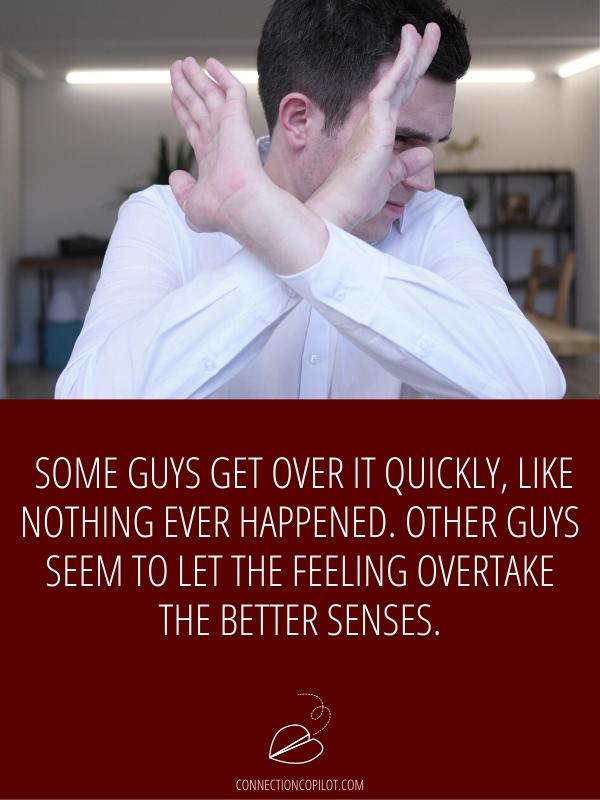 Guys who’re rejected often feel quite foolish the moment they realize the rejection for what it is. Some guys get over it quickly, like nothing ever happened. Other guys seem to let the feeling overtake the better senses. These guys tend to lash out and act mean for days to weeks or even months after you reject them.

Guys aren’t always mean because they’re mad at you for rejecting them. Sometimes they’re acting mean without even knowing it. Usually, it’s when guys are confused about the rejection that they act aggressive/grouchy with being aware. The sooner they understand how they feel, their behavior can change for the best… or the worst.

7. They Are Trying to Appear Strong 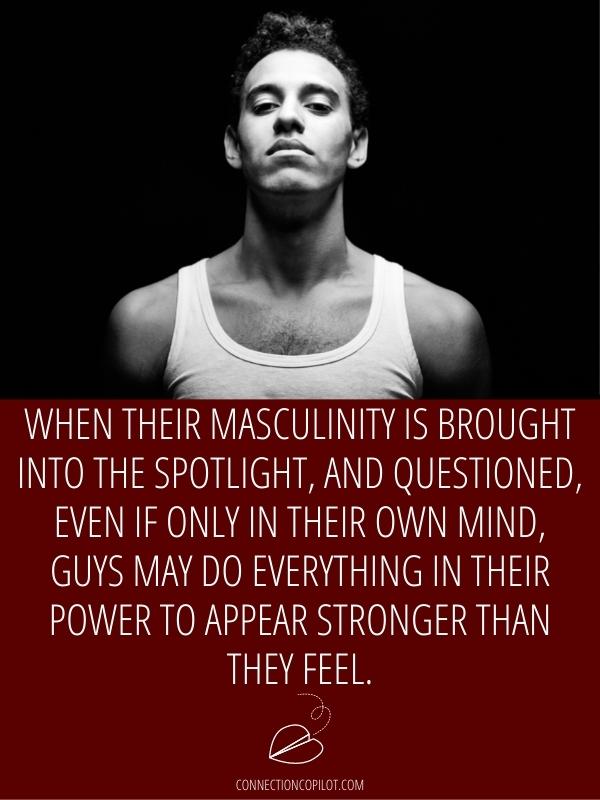 When their masculinity is brought into the spotlight, and questioned, even if only in their own mind, guys may do everything in their power to appear stronger than they feel. This behavior may indeed include acting mean towards you and anyone else who interacts with them during this time period. The best way to deal with mean guys appearing to be strong is simply to stroke their ego a bit!

8. They Want to Make You Hurt

Some guys are absolutely mean whether you’ve rejected them or not. When you do reject guys like this, they typically respond by being even meaner than normal. These guys simply want to make you hurt worse than you’ve hurt them. The best thing to do with these guys is to just walk away! 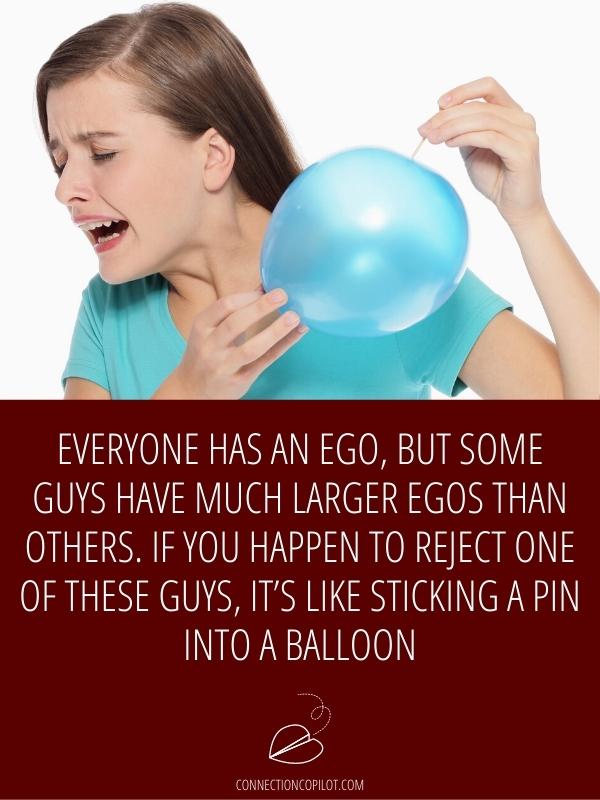 Everyone has an ego, but some guys have much larger egos than others. If you happen to reject one of these guys, it’s like sticking a pin into a balloon the size of Texas; there’s going to be some serious blowback. Just how mean he gets depends on how severe the blow to his ego was, and how mature he is.

10. They Think You Need Conditioning

Sometimes guys want to be in total control of their partners, all of the time. In these cases, when they are rejected, about anything, it is simply taken as a sign that their partner needs more conditioning. Of course, said conditioning involves plenty of mean behavior.

Guys aren’t always in control of themselves, regardless of how cool and in control, they seem. Sometimes guys just really don’t know how else to act, other than mean, when they’ve been rejected. The less they anticipated the rejection, the more desperate their meanness may be towards you. 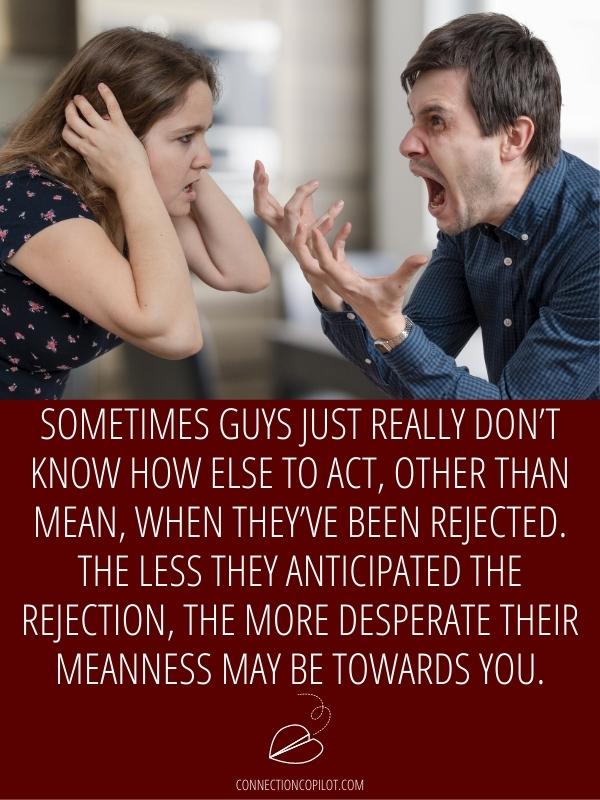 How to Handle Guys Acting Mean After Rejection

Now that you know why most guys act so mean after they go through rejection, here are a few pointers for handling it:

All things considered, if he really likes you, he’ll more than likely come around and things will go back to “normal”.

How Does a Rejected Man Act?

Every man is different, but there are several common ways they react to rejection: humiliated, foolish, hurt, and mean. Unfortunately, even the sweetest guy may act as a mean jerk when they’ve been rejected. But, the good thing is that most guys are mature enough to get over it rather fast. Likewise, immature guys may take forever to get over being rejected by you(if they ever do!).

What Does Rejection Do to Guys?

Rejection is the opposite reaction that men’s egos demand them to expect from people, specifically from women/people they find interesting and attractive. In their heads, rejection leads to sadness, hurt, and confusion. Mature guys simply take it as it is and go on down the road.

Does Rejection Make Men Hate You?

Rejection may indeed make some men hate you. That said, for the most part, it simply upsets them. Most men get over being rejected relatively quickly, but that is not always the case. Some men may develop a long-lasting grudge against you, your friends, and your family, due to being rejected.