Guys are known for being macho and playing their cards close to their chest. But, why is it that some guys act like they don’t have feelings at all? Read on below and explore the top 5 reasons!

Why Do Guys Act Like They Don’t Have Feelings?

1. He’s Confused About How He Feels 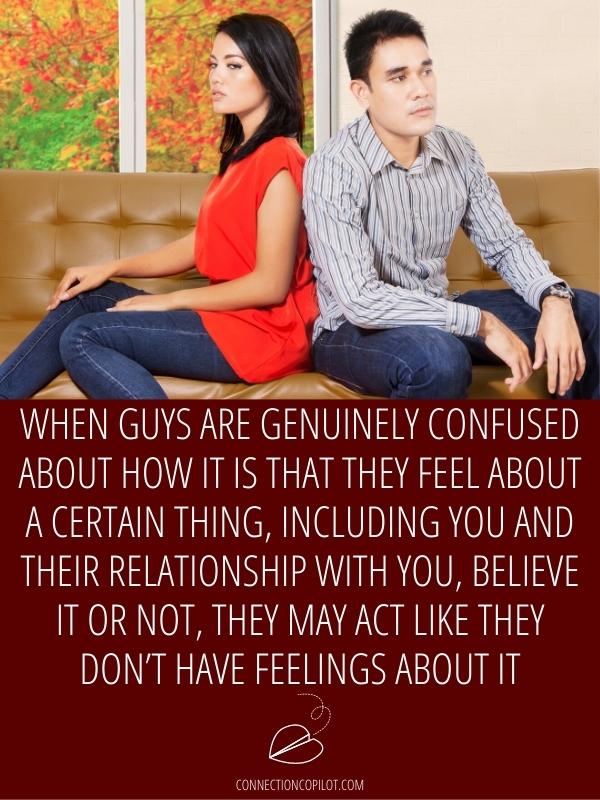 When guys are genuinely confused about how it is that they feel about a certain thing, including you and their relationship with you, believe it or not, they may act like they don’t have feelings about it/you at all.

These guys don’t want you to find out they don’t have a clue what’s going on in their heads.

Guys know girls like men who know what they want, so the last thing a guy wants to do is tip a girl off to the fact he is confused.

2. He Thinks You’re Too Good For Him

Another surprisingly common reason guys said they pretend like they don’t have feelings towards someone they like is that they think the person is too good for them.

That said, there are tons of reasons a guy might think you’re too good for him… be it the school you went to, the company you keep, or even the car you drive.

The longer this behavior goes on, the more likely it is that he will eventually break things off. Even worse, he may just sabotage things between you two rather than admit defeat.

3. They Think It’s How They’re Supposed to Act 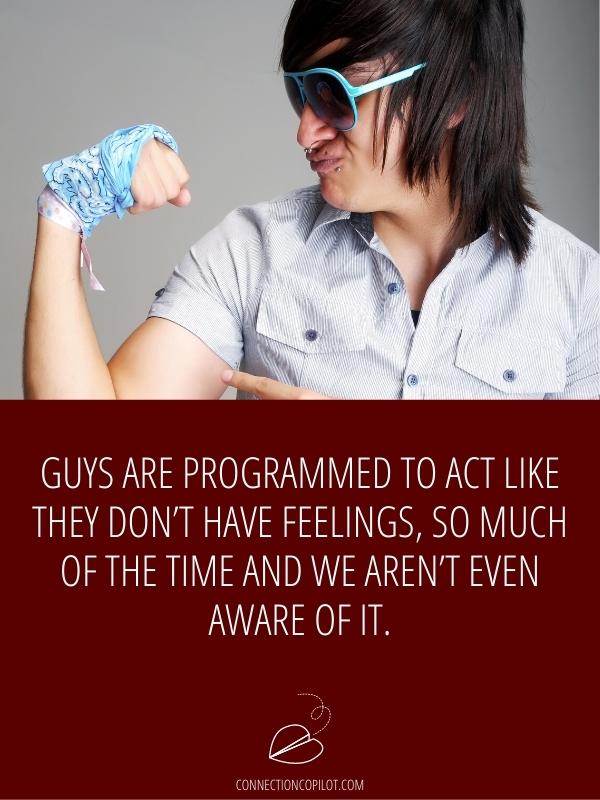 Guys are programmed to act like they don’t have feelings, so much of the time and we aren’t even aware of it.

For example, when a little boy falls down, he shouldn’t cry, to show that he’s a big boy. But, when girls fall down, it’s expected for her to cry… and it’s ok when she does.

Now, apply that sort of rationale to full-grown men and you have a much better idea of how they think they are supposed to act: like nothing hurts them, physically or mentally, and that they are always prepared for whatever comes their way.

4. He Doesn’t Want You to Know the Truth

Sometimes guys just don’t want you to know the truth about how they actually feel about you, or about something.

The thing they want to hide from you could be as simple as how much they actually like you, or as messed up as the fact that they have a thing for your best friend.

Until the truth comes out, or he decides to move on altogether, don’t be surprised if this sort of guy continues to act as if he doesn’t have feelings. 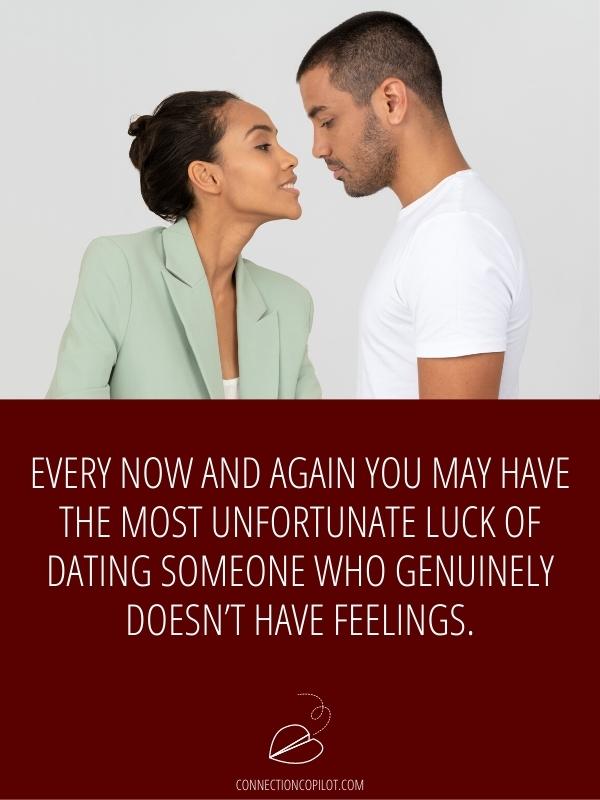 Every now and again you may have the most unfortunate luck of dating someone who genuinely doesn’t have feelings.

He may simply be desensitized to things that you are sensitive about, and only seem like he is acting like he doesn’t have feelings.

But, he could also be a genuine grade-a sociopath with zero feelings for anything or anyone.

What do you do when a guy doesn’t have feelings for you?

When a guy just doesn’t seem to have feelings for you, it’s ok. There is still time for him to turn around, but you have to start preparing for the fact that he will never feel the same way towards you. Give them time to process things, don’t harass them in person or on social media, and remember that it has nothing to do with your self-worth.

How does a man show his love without saying it?

Many men want to be close to the one that they love or care for. For example, they will try to set up hangouts or dates as often as possible and just generally spend every minute with you that they possibly can. When they are not able to be with you in person, they keep in touch via phone calls or texts.

Unfortunately, some guys do indeed disappear even when they like you. It isn’t anything personal most of the time, rather it’s typically something the guy has thought up in his head and turned into an unscalable mountain. Maybe he’s afraid of rejection if he admits his feelings, or maybe he just decided you are compatible despite how much he likes you.