“I’m sleeping with my ex boyfriend who has a girlfriend” – should you do it? That depends on several different factors, and has the potential to stir up a whole lot of drama. Let’s look at the pros and cons that you may have to negotiate in a situation like this.

Sleeping with My Ex boyfriend Who Has a Girlfriend – Should You Do it?

Relationships can be complicated on so many levels. For example you might have amazing chemistry with a guy, but you two just don’t get along on a day-to-day basis because your personalities are so different.

If the sex was amazing, but you two were fighting about personal stuff all the time, then you might still have an intense physical connection with your ex boyfriend. This is really only noticeable once you break up and aren’t in each other’s presence all the time. That gnawing ache you get when you haven’t gotten them naked for a while might drive you back into each other’s beds over and over again, even when and if you get into relationships with other people.

This is because you two miss one another sexually, but not emotionally.

Let’s face the fact that it’s very rare for one person to match another in all the different facets that come with an intimate relationship. For example, you might get along with someone spectacularly well: sharing interests and life goals, talking late into the night, similar tastes in food, etc. But when it comes to sex, things might just be “meh”. In contrast, you can also have the most incredible sexual chemistry with someone, but not want to hear anything about their interests or personal life.

That kind of chemistry is really difficult to let go of. Furthermore, it’ll often keep bringing people back together, regardless of their current relationship status. In simplest terms, people can get addicted to one another, and this addiction may transcend their emotional bonds with new partners.

Whether they should follow those drives, however, is an entirely different story.

A really powerful, satisfying sexual connection can do both people a lot of good in the moment… but what about the long run? And what happens when his girlfriend finds out?

Understand Both of Your Motivations 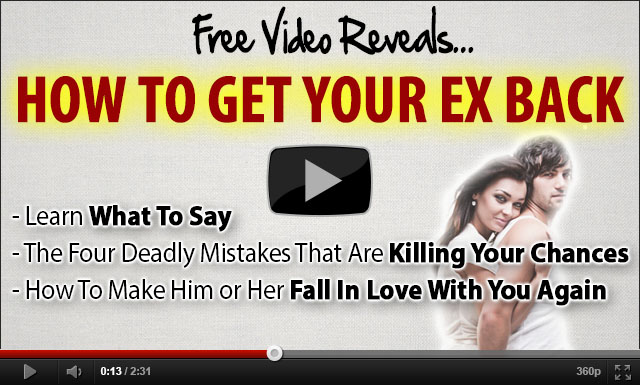 If you’re sleeping with your ex boyfriend who has a girlfriend, it’s a good idea to do a bit of soul searching. Determine what it is that’s motivating both of you to continue this intimacy despite his new relationship. For example:

Ask yourself honestly if you’re sleeping with him because you’re hoping to get back together. Sure, he might be with this other chick right now, but he’s obviously still turning to you for a reason, right? If that’s the case, then determine whether you’d really want him back. After all, he’s proving that he has no qualms about sleeping with you behind her back. And if someone cheats with you, they’ll cheat on you.

On the other hand, if you’re absolutely okay with this kind of casual arrangement—especially if it’s behind the other girl’s back—then you’ll also need to see into the future. This is going to end eventually, so prepare yourself for what might unfold.

Lastly, figure out whether this situation is an ego boost for you. For example, if he ended the relationship (especially for someone else) but is still seeing you behind her back, what are you to him? So irresistible that he can’t help but fall back into your arms? Just not relationship material?

Take stock of everything that’s going on and determine why you’re interested in this type of arrangement.

Brace Yourself for Drama

If you’re sleeping with your ex boyfriend who has a girlfriend, be prepared for some serious drama if and when she finds out about what’s going on between you.

In fact, that’s likely more of a “when” than an “if” scenario. These things have a funny way of making themselves known. A wrong name mentioned at an inopportune time may result in a serious talk, for example. Or items left behind and discovered… you get the idea.

When this occurs, you will have a complete shitstorm to deal with. Not only will you likely have to deal with an irate girlfriend calling and texting you, you may also have to deal with her wrath in other aspects of your life. If you all have mutual friends and acquaintances, she’ll likely tell all of them what’s going on. Again, if you really don’t care what others think of you, this may not bother you at all… but there’s always a cause and effect issue to deal with.

Furthermore, in this modern era of “cancel culture”, you may find that your choices result in some unpleasant ramifications. For example, if the girlfriend takes it upon herself to contact your employer. Even if your boss lets her know that your personal life is none of their concern, they’ll likely hold onto the nugget of info that you’re okay with lying and sneaking around behind other people’s backs. That may paint you you as pretty untrustworthy in their eyes. They might even question your sense of personal integrity.

You may lose friends, and be thought of quite poorly by your extended social circle. Additionally, if the girlfriend makes your lover choose between herself and you, which do you think he’s going to pick?

Do They Have an Open Relationship?

One thing to take into consideration is whether the girlfriend already knows about this.

People who have open relationships or polyamorous arrangements are usually pretty cool with their boyfriends/girlfriends/spouses having other partners. Different people have various boundaries of course, but the primary understanding is that as long as they’re honest, it’s all good.

As mentioned, it’s very difficult to be someone else’s “everything”. After all, when we choose our partners, some people expect their girlfriend/boyfriend/spouse to be their emotional rock, best friend, lover, etc. etc. That’s a lot of different hats to wear, and not everyone can fill all those roles for another.

If you’re sleeping with my ex boyfriend who has a girlfriend, and she’s cool with it, then that’s a different situation altogether.

How Will This Affect All of You in the Long Run?

Whether you’re already sleeping with your ex boyfriend, or considering hopping back in the sack with him, it’s important to consider the long-term ramifications.

What kind of a person do you want to be? Never mind what other people will think of you: how will you feel about yourself?

After taking that into account, consider how these actions will affect your ex. If you have no feelings for him at all and are just using him as a shag puppet, then you probably won’t care what happens to his relationship. On the other hand, if you do care about him and want the best for him, ask yourself if these actions will benefit him in the long run.

Weigh the pros and cons, and figure out which outweighs the other. You’ll know the right action to take after that.